King Mond’s wife beat the hell out of Akuapem Poloo

We will provide security for Volta Region – IGP

A key prosecution witness in the state’s case against former COCOBOD CEO and two others confirmed in court that he donated motorcycles to the governing New Patriotic Party campaign team in September.

Dr. Yaw Adu-Ampomah’s donation of 35 motorcycles and other items was to boost the fortunes of the NPP in the 2020 general elections in December.

His admission in court sent tongues wagging as the case he has been giving evidence in court has been tagged as a politically motivated trial.

They have pleaded not guilty to all the charges and are on self-recognisance bail of GH¢300,000 each.

The NDC Member of Parliament for Bolgatanga Central, Isaac Adongo has instance described the ongoing trial as nothing short of “naked persecution” of the opposition party.
Counsel for the accused have had cause to, on some occasions, drew the court’s attention to comments made by top government officials including a deputy Attorney General and even President Nana Akufo-Addo himself, which to them clearly vindicate their long-held conviction of a political trial.

Dr. Adu-Ampomah, according to a news report reproduced by Ghanaweb, had during a short ceremony held in the Eastern Regional capital, Koforidua, where the motorcycles and other items were donated to the NPP, charged the party to engage in a door-to-door campaign because this year’s electioneering campaign will be different from previous ones.
The items were reportedly distributed to 18 constituencies in the Eastern region particularly where the NPP has no MP, to aid them in their campaign ahead of the elections.

But when asked under cross-examination by Mr. Nutifafa Nutsukpui, stand-in lead counsel for the second and third accused persons – Seidu Agongo and Agricult Ghana Ltd – if he was a member of the NPP, Dr. Adu-Ampomah answered in the negative.

“No my Lord,” the star witness told the court on Wednesday, October 7, 2020.
Nutifafa pushed further, “sir I put it to you that your evidence here is coloured by your political persuasion”.

But the witness replied, “No my Lord, my evidence is guided by my being a Ghanaian and as part of my civil responsibility. If anything is going against Ghana it is my right to stand against it.”

Meanwhile, cross-examination of Dr. Yaw Adu-Ampomah who has been in the witness box for almost a year ended on October 7 upon the instruction of the trial judge, Justice Clemence Jackson Honyenuga, who was recently promoted to the Supreme Court sitting in as addition High Court judge. 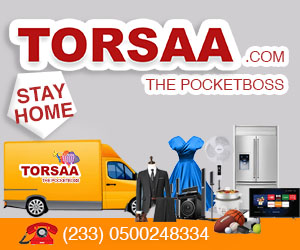