DJ Fuad, said to have helped groom young talented Disc Jockey, DJ Switch to become a star, is alleging he has been sidelined.

DJ Fuad who worked behind the scenes and trained Erica Tandoh, popular known as DJ Switch, to win Talented Kidz Season 8, says the young DJ and her guardians have neglected him.

Speaking in an interview with Kofi TV, DJ Fuad said he was disappointed that DJ Scratch, one of the people who also helped train DJ Switch, was allegedly called a ‘villager’.

According to him, if DJ Scratch could be called a “villager”, he was not shocked when he was sidelined by DJ Switch’s handlers. 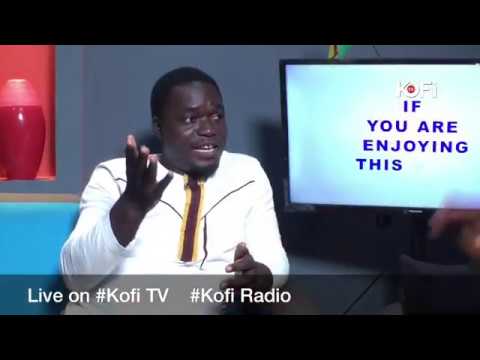 “I’m only granting this interview because I just want the story to be told as it is. I trained her…For them (DJ Switch guardians), to talk about the village DJ alone means that apart from him, nothing else contributed to her rise,” an obviously bitter DJ Fuad said in the interview with Kofi TV.

Reacting to the allegations, Merqury Quaye, Talent Manager of DJ Switch, admitted in an interview with Andy Dosty on Daybreak Hitz on Hitz FM that, DJ Fuad played a pivotal role in the success story of the young DJ.

He was however quick to add that, DJ Switch “has always acknowledged DJ Fuad during interviews with me.”

“I can’t tell what he wants…it’s not clear what he wants,” Merquary Quaye said when Andy Dosty sought to find out what DJ Fuad wanted.

The Talent Manager revealed that DJ Fuad “was fired, he was paid. He was asked if he wanted to be part of the management,” so he makes part of the proceeds but “he opted for” outright payment.

DJ Switch recently said one of the greatest moments in her life was meeting the President of France, Emmanuel Macron.

Videos and photos of DJ Switch chatting and having fun with Emmanuel Macron in New York trended on social media.

The young DJ was in New York for the Goalkeepers 2018 ceremony. DJ Switch was listed as one of the many speakers for the 2018 Goalkeepers initiative.